It’s that time, legalization time. We’ve heard it called many different things over the years: weed, pot, marijuana, etc. but there is one word you’re going to be hearing a lot more of: Cannabis. The past 2 years have been a busy time during the process of legalization in Canada.

It is likely you’ve heard of Bills such as C-45, C-46, but what are they? In this post we are going to break down the terms, laws, and enforcement practices to keep you better informed.

What is it actually called?

Weed, bud, grass, ganja, marijuana, the list goes on. Some names are slang (weed), others were originally meant to be offensive (marijuana), and other names refer to different forms or modes of preparation (ganja). Legally speaking, we will hear it called Cannabis as this refers to the whole plant and therefore encompasses any derivatives.

Bill C-45, the Cannabis Act, received Royal Assent on June 21, 2018. Bill C-45 is a piece of federal government legislation that legalizes the sale, use, possession and access to recreational cannabis in Canada and takes effect on October 17, 2018. The aim of this new bill is to keep cannabis out of the hands of youth and keep profits out of the hands of criminals and organized crime.

With Bill C-45 each Canadian province and Territory holds the power to write and implement its own respective cannabis laws. In British Columbia, the laws are laid out in  Bill 30: Cannabis Control and Licensing Act and Bill 31: Cannabis Distribution Act.

These Bills outline the following stipulations regarding recreational Cannabis:

Cannabis must not be consumed:

The legalization of cannabis will be tightly regulated just as we’ve seen with tobacco and alcohol laws.

What about Impaired Driving?

Drivers caught with THC blood levels equal or higher than the federal government’s established threshold are subject to fines and criminal charges. The legislation creates three new offences for having a prohibited concentration of drugs in the blood within two hours of driving. The levels for THC are at: 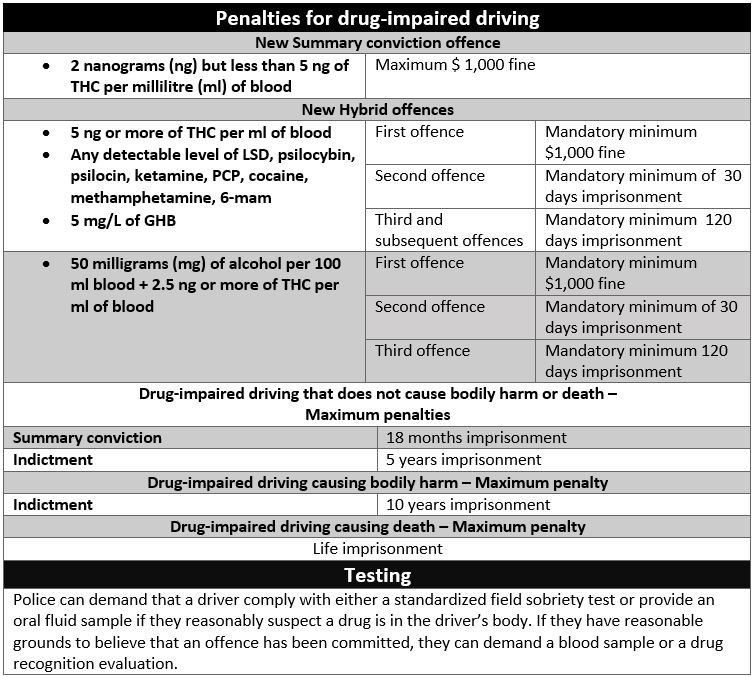 New Drivers in the L or N phase are still held to a zero-tolerance policy and must be free of any substances.

If you are driving impaired, your judgment and reaction time are impacted. Combined with a reduced hand-and-eye coordination that can also occur with cannabis use, this makes you unfit for duty as a driver. 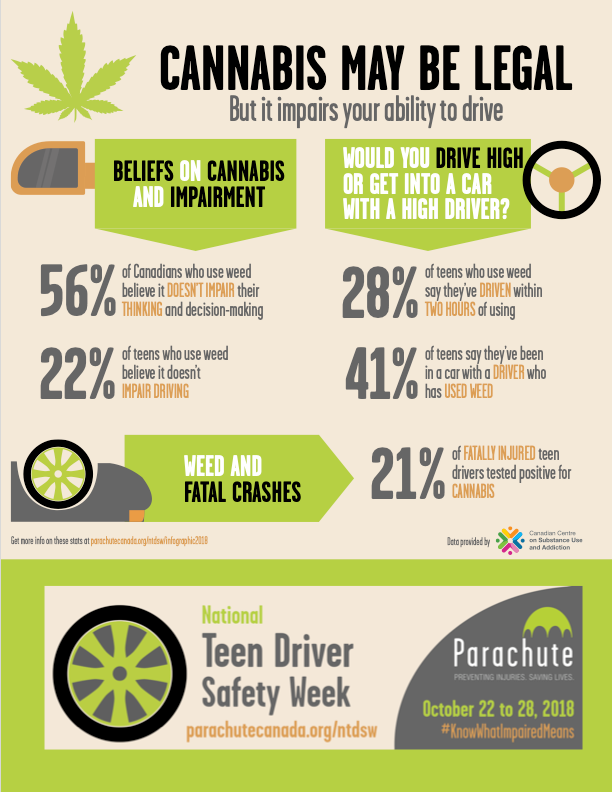 Just like professional drivers - when you’re the driver, you are responsible for many lives as well as your own. How would you feel if your airplane pilot was impaired? What about the transit bus driver, or your kids’ school bus driver? When you handle a vehicle of any kind, your passengers and other road users are counting on you to be alert, aware, and not impaired. Substances, regardless of their newfound legality, can interfere with driver reaction time, control, and ability to maintain a safe and confident road-going experience for everyone.

Regardless of your opinion of the legalization of marijuana in Canada - be safe, be smart, and be aware - on and after October 17th.